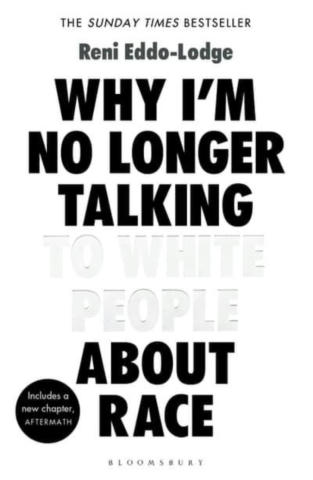 Why I’m No Longer Talking to White People About Race

This was a gift from Ed for my 27th birthday.

It explains structural racism and power structures in Britain. Although it touches on the US civil rights movement, it focuses explicitly on Britain, which I liked. There were a number of stories that were new to me.

It’s well-written and easy to read, if uncomfortable – I read it over a couple of days.

Highly recommended as an accessible introduction to power structures and racism in Britain. I reckon I’d absorbed at least half the key ideas through osmosis from social media, but the history and British take on it were new.

See also: Trans Like Me, which feels in a similar vein (but about gender, not race).