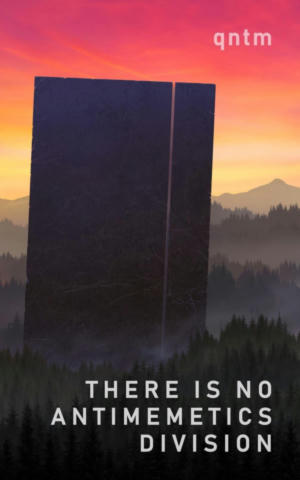 There Is No Antimemetics Division

This is a book in the same universe as the SCP Foundation, built around the concept of “anti-memes” – ideas that literally can’t stay in your head. This in itself is a clever if somewhat mind-bending idea.

I thought the book was going to be a collection of disconnected stories of anti-memetic phenomena. The Foundation agent who forgets they work in antimemetics. A malicious entity that eats your memories and then other people’s memories of you. A pet antimeme that has to be fed trivia and useless facts.

But actually, there are longer plots, the main one being a superlative force that devours anything that remembers it – which makes it quite hard to counter. Most of my headspace was taken up thinking about SCP-3125, and I still don’t fully understand what happened.

Regardless, I very much enjoyed it as a piece of worldbuilding, and really pushing a concept. A good mix of horror and intrigue.