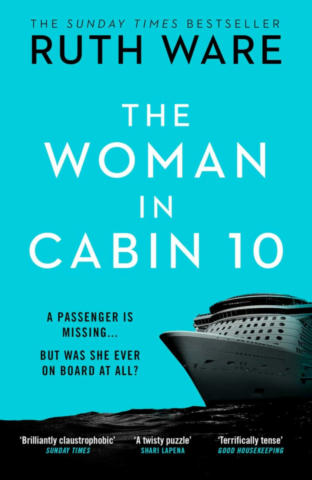 The Woman in Cabin 10

I picked this up on a whim from the iBooks Store, after being intrigued by the description and a reviewer saying it had an unpredictable ending. I was looking for something light after listening to 9/11 testimonials. This is… not light.

It’s a first-person novelist about a travel journalist, Lo Blacklock, who thinks she sees somebody get thrown overboard on a cruise ship. It’s several days after her flat was broken into, and she has to mix recovering from trauma with trying to work out what really happened. Nobody believes her, so she keeps digging, with entirely predictable consequences.

It’s a mix of a mystery and thriller.

The narrative is interspersed between Lo’s commentary and fragments of the world beyond the ship – her colleague’s unanswered emails, her partner trying to reach her, the Norwegian police finding a body, and so on. These fragments run a few days ahead of Lo, building tension without giving away the plot.

Like the reviewer, I didn’t see the twist coming – but it’s quite a clever one, hidden in plain sight. I did feel it was stretching plausibility by the end, and it does wrap up a little too conveniently.

The book kept me engaged, and I finished it in a weekend. I’m not sure I’ll re-read it now I know the ending, but it was a fun one-off.