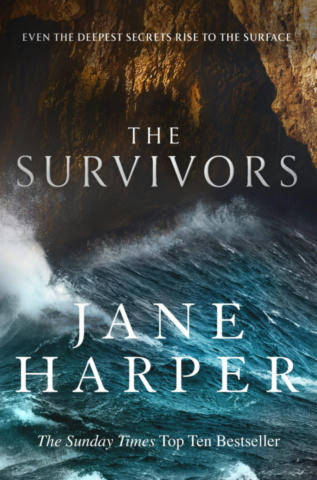 A gripping thriller about the crushing weight of grief and unexplained deaths in a small town.

The story revolves around Kieran, who’s returned to a small tourist town on the Australian coast, where his parents and childhood friends still live.

Twelve years ago, a tragedy occurred – in a massive storm, his brother Finn and his brother’s business partner were killed when they came to rescue Kieran from the rising tide. On the same night, a fourteen-year old girl was killed, and her body was never found. Kieran feels responsible for Finn’s death, and struggles under the weight of the guilt.

Shortly after he returns to town, a waitress from the local diner is killed on the beach. This starts a fresh round of investigations, and we eventually learn the truth about all the deaths. It flips between the present day and twelve years past: a mix of adult maturity and adolescent hot-headedness.

It’s a slow burn, with lots of characters and overlapping threads – but it does eventually come together. It took me a while to get into, but when I did I was hooked. I wanted to get to the end, and I was somewhat surprised by the person responsible when I did.

I picked up at the Oxfam store; it was a good read, but I’ll return it to their shelves. I wanted to find out the ending, but I’m not inclined to re-read it.