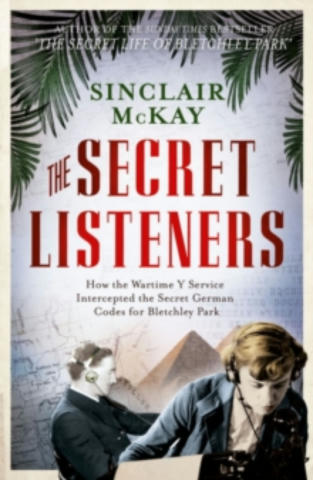 I tried to read this in 2017, struggled, and put it back on the shelf. Now I’ve had a second attempt, I’m really glad I kept it.

This is a book about the Y service, the British signals intelligence stations that monitored radio transmissions during both World Wars. They had to transcribe the high-speed, encrypted Morse transmissions at incredible speed, and do direction-finding to pinpoint the location of an enemy transmission.

The level of detail and research is clear. There are lots of quotes and records from people who actually did the work, who were members of Y service. It’s an aspect to wartime espionage I’d never really thought about before.

I didn’t count, but I think the majority of accounts are from women (most of the work was done by Wrens); a nice counterpoint to military histories that usually focus on men.

Perhaps surprisingly, this history book has also inspired me to spread my wings a little more. (COVID-19 pandemic notwithstanding.) These stations were scattered around the world – Sardinia, Cairo, India; from sandy deserts to tropical islands – and people younger than me were catapulted from quiet British lives to cosmopolitan world travellers. In 2020, I’m never going to be a Morse operator or signals intelligence officer, but I can try to see a bit more of the world.