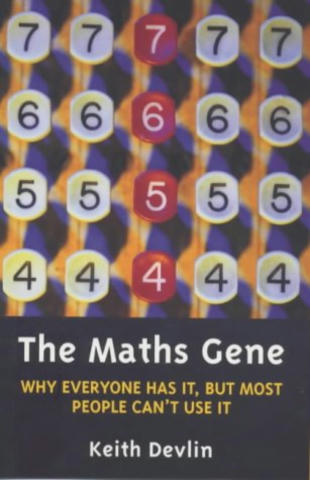 This book gives one theory for why humans can do maths. The central idea is that mathematical ability is an offshoot of language, and so a lot of the book is spent discussing linguistics and theories about the evolution of language. It was somewhat interesting, but not really what I was expecting.

There’s some material about the distinction about arithmetic and mathematics that I liked, but it was articulating a viewpoint I already hold. It’s hard for me to tell how much it would make sense to a non-mathematical reader.

This book was a bit of a slog to read, and I was heavily skimming by the end. Might be good if you want to know about how language developed, but I’m not sure how much you’ll learn about mathematics.

[Edit: insofar as my star ratings have any consistency, knocking off a star because this was a chore to finish. Not actively bad, but struggling to hold my attention.]