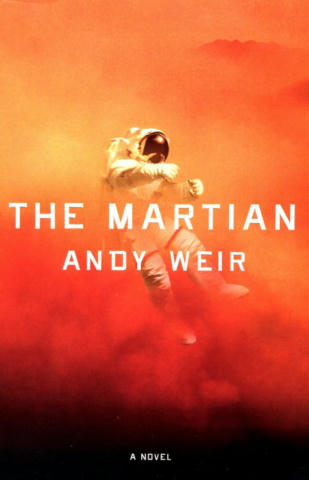 I’ve seen the film adaptation a bunch of times and I really enjoy that, but I found this disappointing. The narration killed the energy and made it hard for me to enjoy the book.

I enjoyed the plot, even though I already knew the broad strokes. The book can go into details the film couldn’t, and fills in a lot of gaps about why things happened the way they did – and deviates in a few interesting places.

(Speaking of the plot, from a 2021 perspective it’s almost comical that a lack of available rockets was a serious concern. SpaceX hadn’t launched many rockets in 2011, so it’s understandable, but these days their launches are ten-a-penny.)

The scenes on Mars are first-person accounts Watney’s logs, and there’s a third-person narrator for scenes on Earth. This mostly works, but occasionally we cut away to the narrator for the Mars stuff, which felt odd – you can tell something bad is about to happen. They didn’t add much for me.

I didn’t care about any of the characters – everyone on Earth is angry, everyone on Hermes is an exposition dump. Even Watney didn’t really grab me.

I could go on, but I’m not sure the writing is the problem here.

What really let this book down is the narration – it’s just dull. There are lots of exciting events, but we don’t get any of that energy, and the pacing is all over the place. All the characters sound alike, and the “he said, she said” dialogue gets very repetitive. I’ll likely skip the next book read by this narrator and production company (Audible).

It’s hard to separate the writing and the narration, and I think the latter is negatively affecting my opinion of the former. Either way, not a great read.