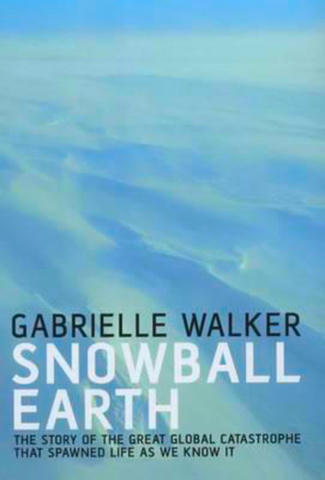 Interesting book about a theory that at one point the Earth was entirely covered in ice, and the aftermath led to the rapid growth of complex life as we know it today.

The basic gist: the continents gather at the equator, which means there’s nothing to stop the polar ice from spreading. By the time it reaches the equator, too much of the sun’s light is being reflected away, and the Earth cools down. Volcanoes spewed carbon dioxide into the atmosphere, and eventually the greenhouse effect melts the ice and resets the cycle – until the continents move back towards the poles. It’s a mix of geology and biology.

This book is as much a biography of the idea as a deep scientific exploration. We spend a lot of time with the people who’ve been working on this idea (whether in support or in opposition), and not so much time on the geology itself. That worked for me – I was only reading this for pleasure – but it might be frustrating for somebody looking for a detailed breakdown of the ideas.

It was a fun and gentle read, if a little long. It’s been sat on my shelf for goodness-knows-how-long, and it’s another one off the list.