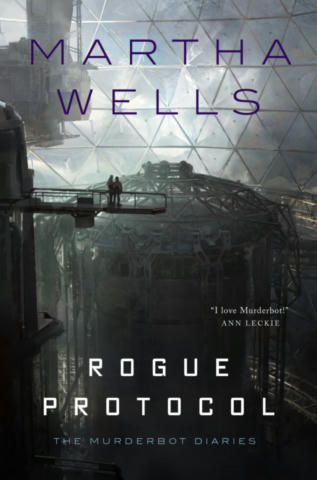 My favourite of the Murderbot books so far.

Plot summary: Murderbot travels to a terraforming facility that was abandoned by the GrayCris corporation. It meets more humans who are surveying the facility, and a friendly robot named Miki. Miki has a strong bond with its mistress, Don Abene, and we get to see Murderbot feeling awkward and unsure about Miki. That’s fun! It turns out the survey is a trap; the human security consultants are trying to kill Don Abene and destroy the facility, so Murderbot fights its way out, saving both the humans and the evidence it needs in the process. Miki dies protecting Murderbot from the combat robots that were defending the facility, and once again Murderbot leaves the humans behind to give the evidence it’s recovered to Dr. Mensah.