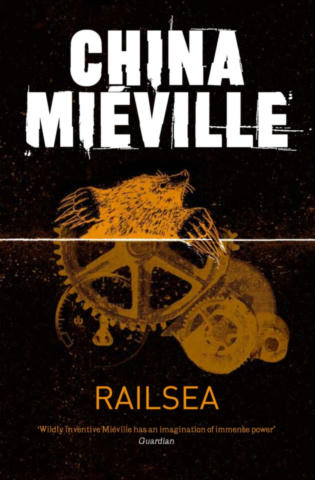 This was a recommendation from kaberett, and a gift from Ed.

The eponymous railsea is a dystopian world which is covered in railway tracks, criss-crossing as far as the eye can see. The trains that run on these tracks are more like giant ships than the trains we know today, and giant moles and earthworms burrow under the sea, ready to devour anything that steps foot off the track.

The story follow Sham Yes ap Soorap, on board a moletrain (like a whaler, but for moles), as he chases stories of a world beyond the railsea.

I loved The City & the City, so it’s no surprise that I enjoyed this too. Possibly not quite as much as the other, but trains are always a big plus.