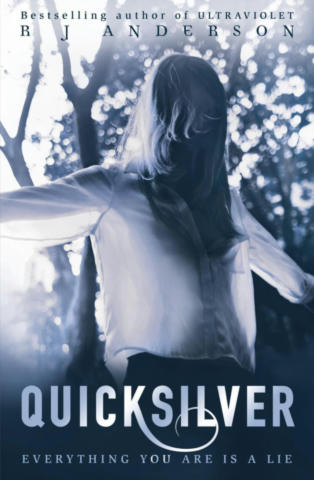 Another first-person YA novel, the sequel to Ultraviolet, this time told by one of the supporting characters of the first book.

Tori/Niki, the popular girl who Alison thought she’d murdered, is now trying to hide from people who want to find her – the alien scientist who sent her to Earth in the first place, the police and doctors from her old town, anybody who might suspect she’s an alien or possesses inhuman abilities. Her family have left town and assumed new names, and she’s trying to fly under the radar.

She makes a new friend – Milo, from the shop she works at – plus a few people at the local makerspace. When Sebastian returns, she has to find a way to avoid being sucked back to the alien lab, and leaving her friends and family behind.

Niki is a technician, and struggles with human emotions. There’s an especially touching scene near the end, where she confesses to her parents that she’s an alien and is probably going to disappear forever. She thinks they’ll eventually be glad she’s gone, and of course is proven terribly wrong.

Niki is asexual, and part of the book is her navigating her relationship with Milo (and comparing to a past boyfriend). It was a good depiction, and is careful to point out that being ace is a her-thing, not an alien-thing.

I enjoyed this one a bit more than the first; I’m not sure why. Good pair of books; I think not going for a third for wise. They work well as a set.

It’s amazing how sometimes a simple sentence can kind of make you want to cry. Please let the… https://www.instagram.com/p/BEHY6Bekisd/