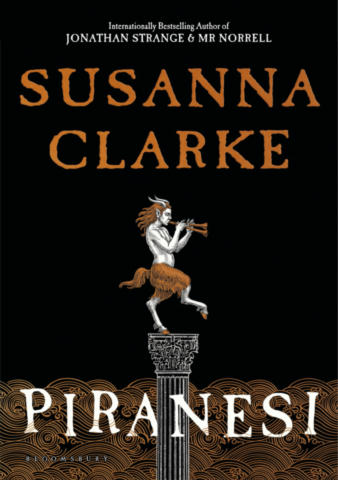 This is a weird but delightful book. The protagonist lives in “the House”, a seemingly endless series of halls filled with statues, sea, and sky. He records his life in his journals, which is the style of the whole book. He believes he’s lived there his whole life, and assists “the Other” in scientific experiments, but the truth – which is gradually revealed through the book – is much more horrifying.

I love the world, and so does the protagonist – and I think his attitude helps offset the horror. He sees the House as a loving, benevolent entity, a place to be respected and enjoyed – other characters take a dimmer view. He speaks with great reverence about the statues, and the birds, and the halls, and the dead.

I could think about this book a lot. It’s full of unreliable narrators, and it’s not always obvious what the “right” decision is. (I’m a bit late to the party, but it’s hard not to spot the parallels with living through a lockdown.)

The ending isn’t quite as clean as I’d like; it all wraps up a bit quickly, and I got a bit confused in the closing moments. (For example, it’s implied that the name “Piranesi” was chosen deliberately by the Other, but it’s never explained or mentioned again.)

Chiwetel Ejiofor is a superb narrator, and this was a great book to listen to.

It feels similar to The Starless Sea, which I also enjoyed. It also reminded me of C.S. Lewis, which I enjoyed less.