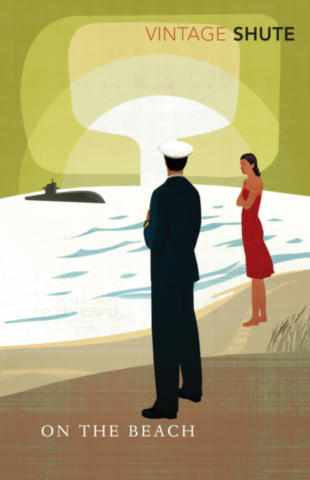 What would you do if you knew you were going to die in a nuclear dust cloud?

This book is set in the southernmost tip of Australia, after a nuclear war has destroyed the northern hemisphere, and what’s left of humanity is waiting for the nuclear cloud to kill them.

We follow a small number of characters, and see their different reactions to their coming deaths. Dwight, the American submarine captain who carries on his naval traditions. Moira, who turns to drinking and nihilism. Mary, who’s worried about Jennifer, her new-born. Plus a handful of others.

It’s an unflinching imagination of how we’d react to the apocalypse – some people pretend it’s never going to happen, some try to maintain a stiff upper lip, some want to go out in a blaze of glory.

The last submarine voyage takes them back to America, to look for signs of life amid the wastelands – and to find the source of a garbled radio signal in Seattle.

There’s no happy ending, no deus ex machina, no sudden reprive from death. Death is coming, and then it arrives.

I heard about this after reading about the letters of last resort, which dictate how the UK’s nuclear submarines should respond if Britain is totally destroyed. This is a similar scenario – American submarines berthed in Australia. It fits the bill nicely!

If you’re interested in this sort of thing (the Letters of Last Resort) I recommend reading “On the Beach” by Neville Shute if you haven’t already done so. It’s also a hauntingly moving and desperate tale of life after the bomb drops. (Poster krunchkin on pistonheads.com)

I was very struck by this book. It’s haunting and chilling, and I’m glad I read it.