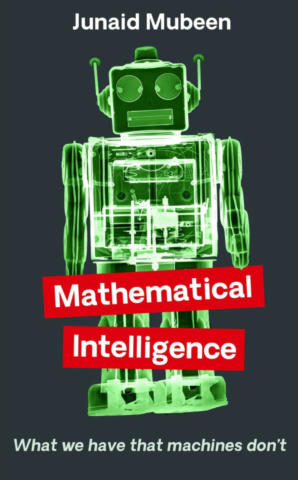 This is a book about how humans think, and in particular how we think when we’re dealing with maths – which it repeatedly reminds us is different from the “calculation” of school maths. It compares this to artificial intelligence, and why machines will never match our ability to think mathematically.

Except… does it? I was bored by the end of the fourth chapter, so maybe it’s addressed later, but there wasn’t a lot of explanation of why this is out-of-reach for computers. It might be inaccessible to current computers, but the book seemed to be making bolder claims that it can’t back up.

For example: “computers can’t deal with irrational numbers like √2”. But they don’t need an intuition to deal with it; they need to know it follows certain rules like √2 × √2 = 2 and √2 / √2 = 1. Maybe there is something out of reach, but I didn’t follow what it was.