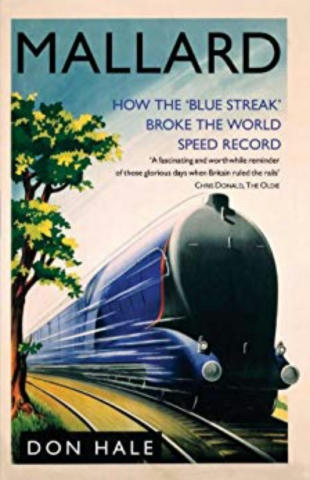 Mallard: How the Blue Streak Broke the World Speed Record

I picked this up on a whim in the clearance section of the Gower Street Waterstones; it turned out to be a good decision.

This is really a book about Nigel Gresley (Chief Mechanical Engineer at LNER) and the steam races of the late-nineteenth/early-twentieth centuries, with Mallard appearing late in the story. You get plenty of context for the record-setting run, and why it was such a technical achievement – then a couple of chapters of detail about Mallard itself.

Overall I found it an easy read, and finished it in four sittings. Recommended if you’re interested in trains – even if you’re relatively unfamiliar with steam trains (like me).