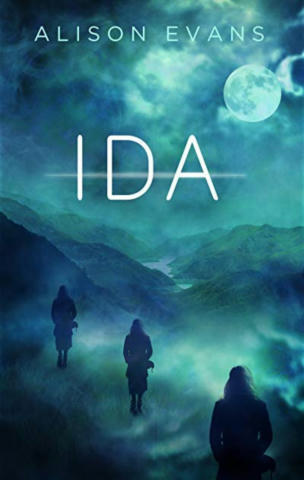 I was sent a signed copy of this by Sass last year.

It’s ostensibly a book about a young woman (a biracial WoC) who has the ability to time travel, which we learn is really jumping between parallel universes. She starts losing control over when she jumps, and has to cope with drifting away from the people she loves. As she tries to find her way home, she’s guided by a pair of “overlookers”, who give a bit of exposition but are otherwise detached from the main plot.

It’s an interesting plot idea, but execution is a tad sketchy. I read the book quickly (three sittings), and maybe it’s my reading style, but I missed several important details. In particular, the climax hinges on a “fixed point” in Ida’s timeline that’s mentioned in an early chapter, which I’d completely overlooked/forgotten. I wonder if I’d enjoy it more on a second reading, knowing what I should be looking for.

I loved the diversity of characters – even if I screwed up Daisy’s pronouns in the first chapter – there were several genderqueer/genderfluid characters, and it’s hinted that Frank is trans? It was nice that they were just there; aside from a brief conversation about Daisy’s cousins at their introduction, the author doesn’t really hang a lantern on it. Although I wonder how much the two “overlookers” added to the story, and I wonder if the plot would be tighter without them, and leaving Ida to work it all out on her own.

I’ll re-read this at some point to get the detail I missed on the first readthrough.