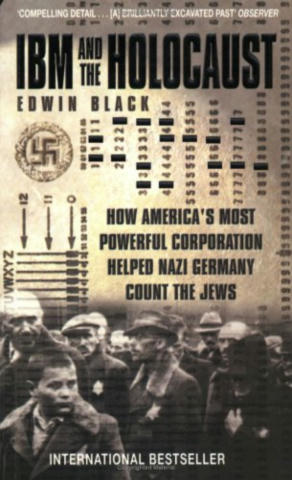 IBM and the Holocaust

This was recommended by Samathy, who gave me a copy at the end of 2019.

It describes IBM’s role in the Holocaust, and how their punch card technology was used to organise huge amounts of the third Reich. It wasn’t just logistics and inventory; these systems were also used to track and identify Jews, to arrest them and ultimately murder them.

It’s not an easy read, and it’s very explicit about what happened during the Holocaust. But it makes clear how deeply involved IBM were in these operations, and how critical their technology was for the Nazis to achieve their goals. I took extensive summary notes, and the book itself is meticulously researched. It’s filled with details, stories of key individuals and locations, and presents a compelling case for IBM’s probability. I already knew the gist of the story, and the book explains the gruesome details.

I would highly recommend it to anybody working in the tech industry, as an example of how technology can be used for terrible ends. As I read it, I couldn’t help but wonder what I would’ve done if I was working for IBM at the time. I hope I’d have made better choices, but really I hope never to find out.

Not an easy read, but a necessary one.