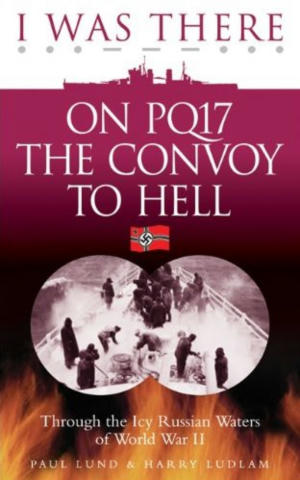 I Was There on PQ17, the Convoy to Hell

An account of the disaster to befall PQ17 on its Arctic convoy run, drawn from Paul Lund’s experience on the convoy. It’s clearly written and explains the events well, without drowning the reader in unnecessary details or trivia.

Unlike some descriptions, which focus heavily on the period of intense attack, the book gives a complete picture of the convoy. It starts with some context, before the convoy actually sets off, goes through the Arctic journey, to the survivors returning home and the media/post-war reactions. In particular, it dwells on the time spent in Russia after the convoy arrived, which is an aspect I hadn’t heard discussed before.

The book doesn’t pull any punches – it’s very critical of the Admirality, and the chain of command that lead to the scatter (including the officers who executed the order). It presents a compelling argument for the blame, and suggests that it could well have been avoided.