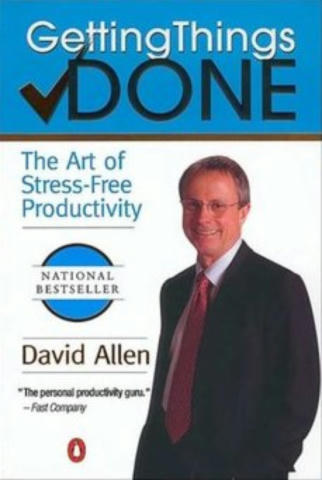 Getting Things Done is a near-legendary series for productivity. I’ve tried it a couple of times – it’s an appealing idea, but I’ve never been able to make it stick. Maybe this time it’ll work?

Rather than listening to the book, I actually listened to the audio version. “Getting Things Done Fast”, which is a recording of David Allen giving the seminar series on which this book is based. Hearing him explain it has caused it to grok in a way that it hasn’t before – I feel like I have a better understanding of the reason the system is the way it is, not just how the system is laid out.

I’m eager to give it another go, but it remains to be seen whether this time it’ll actually have stuck.

I’d recommend the book (I read it a few years ago), but doubly recommend the audio version if you can find a copy. Even if you don’t want to practice GTD, there are lots of good ideas for becoming more productive.