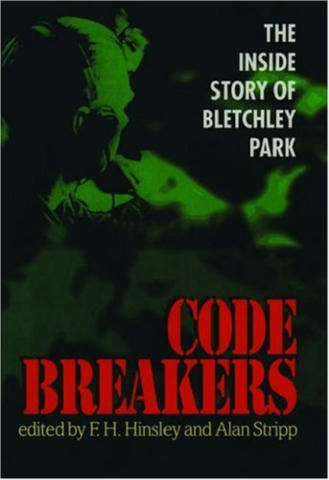 Codebreakers: The inside story of Bletchley Park

A series of first-hand accounts from people who worked at or with Bletchley Park. It covers a variety of areas – flavours of Enigma and Tunny, hand-ciphers, Japanese codes, indexing of information – and includes anecdotes that are too small or personal to be mentioned in the narrative histories.

I don’t think there are any really “big” names in this book (Turing, Tutte, Welchman, etc.). It’s much more the thousands of people who made the Park work, rather than the mathematical brains who made a few key breakthroughs. It shows a side to the Park I haven’t read as much about before. A lot of personal, day-to-day life, rather than the pure mathematics of codebreaking.

As part of that, there’s a distinct scepticism of the value of the work. Modern commentary is adamant that Bletchley Park either won the war or shortened it by years; this was less clear-cut to the people actually working there (who often never saw the output of their work). One person leaves saying “I do not honestly think that I served any purpose useful in shortening the war”. I found that an interesting counter-perspective to the conventional wisdom around BP.

Would highly recommend to anybody interested in BP or its history.

I don’t remember how I got this book, but it’s definitely staying on my shelves.