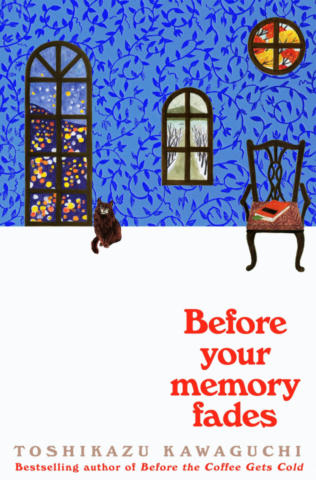 Before Your Memory Fades

This is the sequel to Before the Coffee Gets Cold and Tales from the Café. It’s another beautiful collection of stories, that continue to push the boundaries of the mechanic, and I cried buckets at each of them.

And alongside them is a rich cast of café regulars (although different from the previous two books; it’s a new café), who help guide these people as they decide whether to travel in time.

I think it leans more on knowledge of the prior books and the mechanics, and I think that’s to its advantage – it gets to go deeper on the character moments, which is where this book really shines. It’s a little fairytale at points, but it works for me.

A fine addition to the series.