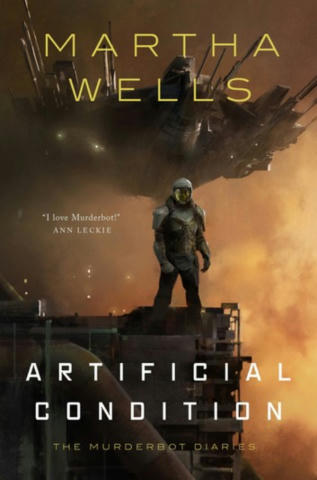 Plot summary: Murderbot returns to a mining planet where it remembers going rogue and killing lots of people (and then had its memory purged). Along the way, it meets an annoying transport that it befriends, and a group of humans who are trying to get their research back from somebody who’s ripped them off. It helps the humans recover their research (and survive several assassination attempts), and discovers that the “going rogue” incident was actually somebody sending malware into all the bots in the mine.