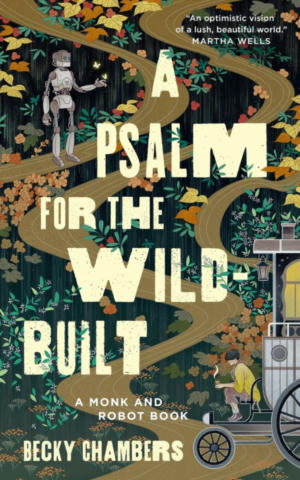 A Psalm for the Wild-Built

The subtitle is a “A Monk and Robot book”, and that’s very literal. Dex is a monk who’s feeling lost and directionless; they venture out into the wilderness, and meet Mosscap, a robot who wants to understand humans better.

Through their conversations, they talk about having a sense of purpose, and whether that’s something instinctual or learned behaviour. It felt very timely for the start of 2022, and something I’ll be thinking about for a long time.

The world they inhabit feels fundamentally hopeful and positive. I’ve heard interviews where she describes it as “solarpunk”, and I think that fits. It’s a world that nearly had an environmental catastrophe, but a mass walk-out by the robots was the push to turn the world around. The worldbuilding isn’t the point of this book, but it adds nice colour to the conversations.